What does a tapestry artist and weaver do when she turns to felting?

… that’s why you can find lots of yarn in my felting work. Sometimes they lie parallel, sometimes in a jumble, adorn backgrounds or patterns that have been cut from pre-felt and felted with a thread pattern.

… is the name of this felted picture with my children. The two figures stand out from the background through the play of threads. The lines rise like stairs. This symbolizes on the one hand the generations, on the other hand the connection between them and the stepping forward.

The first grew on a round piece of felt and was “empty”. After a while, birds and flowers appeared on the trees, underwood, sun, and moon came along as well.

For a picture for a family, I additionally embroidered the faces on the tree.

The Hungarian folk tale “The Magic Tree” inspired me as well.

A Piece of Music…

White wool, black yarn of a single type in a harmonious interplay. Like a light scribble that arises while listening to music …

These are the 1: 1 silhouette of me and my husband. The body proportions are very much the same. We complement each other in life too.

The thought of Plato guided my hands: After the unified nature split, the halves seek each other forever and ever …
I used complementary colors. The picture is embroidered: on the male side I embroidered more on the brain, on my side the heart is more decorated.

In idyllic poetry, the land of happiness and happy shepherds.

Paul Valéry wrote “Human being lives and moves in what he sees, but only sees what he thinks”.

At a young age I realized that the outside world and what I perceive of it are not the same, that I perceive all impressions through my own filters.

The image and the applied mirrors remind the viewer of himself in a seemingly logical, yet complicated world with visual labyrinths.

Arcadia is the idyllic place we long for, where we find ourselves in spaces that our brain can interpret.

But if you follow the lines, yarns appear that break this logic and tip the construction out of its order. This forces us to confront ourselves.

I first made this image small using a tapestry technique and later I felted it in a larger scale.

Lots and lots of yarn and pre-felt scraps.

The whales are part of a series of pictures that highlight endangered species. Its Latin name and dimensions are delicately hidden between the yarns, next to the whale.

I work backwards: first I lay out the yarns. This is followed by the later background of the motif. Finally, I put the wool for the back on the previous layers.

You have to think another way in order to see the motif in the direction, after turning the felt, as you would imagine.

Like felted pillows and teapot warmers are some of my favorite themes.

Soon I will teach in the Virtual Felting Camp April 2021. Hop in HERE.

12 thoughts on “Wet Felting with Yarns” 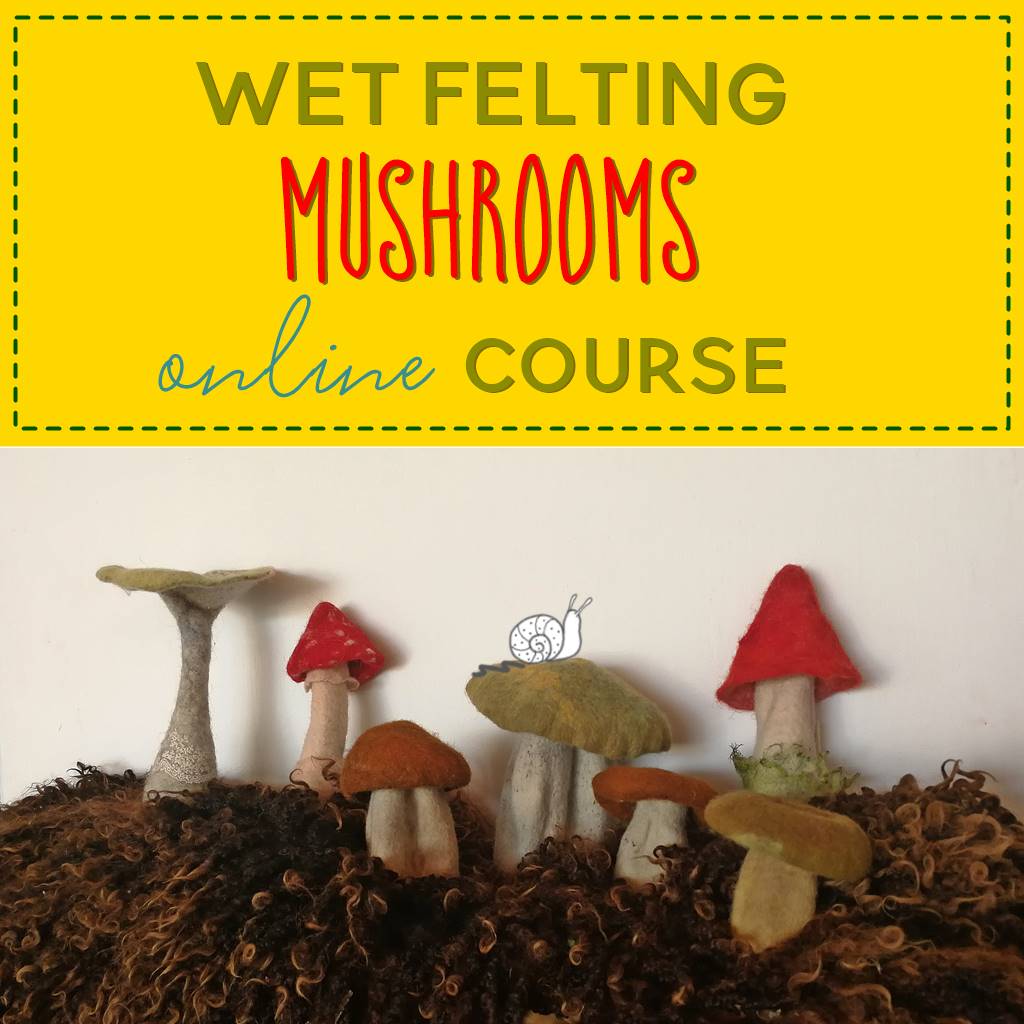